In a novel twist over the Android on PC arena (at least for now), MiiPC Mini Android PC starts as a kickstarter project, capitalizing on parent’s fear of leaving their kids on the wild over Internet. Similar in proposal as the Nabi Tablet, this Android mini computer proposes an enhanced set of parental controls promising safe browsing over the net, coupled with some educational tools  for our little ones.

This might be a cool mini computer for elementary school students perfectly capable of helping with their homework while keeping a close eye on them by providing a safe surfing environment. The MiiPC runs on Android 4.2 Jellybean which also -by now- is the most versatile Android framework available. If you are interested in getting  a MiiPC then the initial cost on the kickstarter campaign webpage is USD 99, which is a nice price, considering the extra work on the parental twist and the nice casing design with the depicted green ghost light. Be also prepared to wait, as the first MiiPC units are scheduled to get into the street sometime around third quarter, 2013. 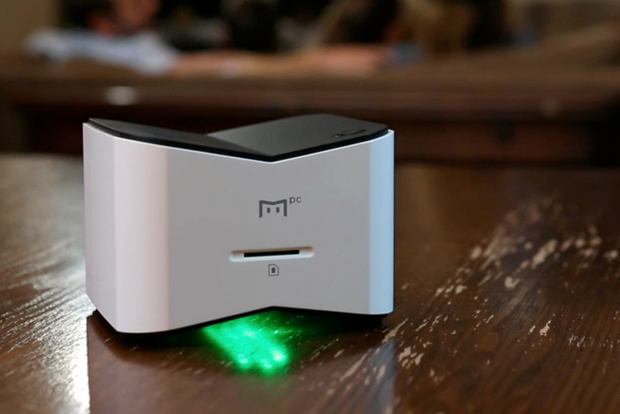 The MiiPC Android mini PC is rather unimpressive, hardware wise. Yet, it is enough power to tackle the usual Android tasks. Powered by a Marvell Armada dual core processor, running at 1.2 Ghz, the MiiPC includes 1gb of RAM and 4Gb of Flash memory. The MiiPC also includes an SD slot for flash memory expansion.

Networking-wise, the MiiPC comes with a Bluetooth 4.0 interfase, the usual wifi 802.11 b/g/n wireless network, and -nice touch- an ethernet port. Worth mentioning, the MiiPC includes a speaker and microphone jack, and HDMI (1080p) port and usb 2.0 ports.