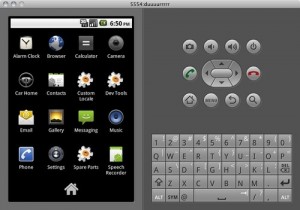 Caution: As you can infer by now, this Android Emulator installation and configuration requires a bit of expertise.

As a prerequisite, you need to download and  install the Java SDK language, from Oracle.

After installing the SDK, you launch the “SDK Manager” (sdkmanager.exe) which will bring up front a configuration screen allowing you to download and install some needed packages (the different Android OS that later you will be able to run into your Android emulator).  Right at the manager startup, a popup will appear where you just press the “INSTALL” option, as the needed basic packages are already preselected.

Once everything is installed (it may take a lot of time -even hours- depending on your Internet connextion) you are ready to create and configure one or more Android Emulator machines on your PC.

Everything is set! Now you just press the Create AVD button on the low-right side of this window, and the Android SDK will churn out into the Android Emulator list of yours, your recent creation. Once there, you select it and press START to get it running. It may take some minutes to start up, but you will end with a virtual Android Emulator running inside a window in your PC.