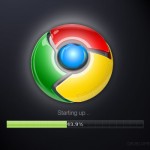 Some years ago, right after Android first waves of success over the mobile world, an encouraged Google announced yet another OS, a sort of Android on PC,  meant for desktop computers. Google focused on bravely jumping into the mature market of home computing OS by introducing an open sourced free OS called Chromium OS. Their aim was to get their foot into the desktop OS market door, fueled by their ongoing success with Android. END_OF_DOCUMENT_TOKEN_TO_BE_REPLACED